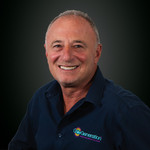 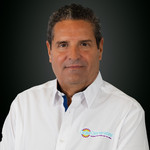 Mr. Adams currently serves on the boards of Intrado Corporation, Harvest Health & Recreation (HRV/HRVSF- TSV/OTC), Volunteers of America, CareerWise Colorado, and the Transportation Commission of Colorado since November 2019. Mr. Adams served most recently as Chief Executive Officer of Neuromonics, Inc., a global medical device company providing standalone and cloud based software and hardware solutions for the treatment of tinnitus. He previously served as President and Chief Operating Officer of Xcore Corporation, a computer hardware design, assembly, and distribution company. Mr. Adams has an extensive background leading large, diverse organizations. He was Senior Vice President of Sun MicroSystems from 2004 to 2007, Chief Operating Officer of Pay By Touch and Western Union, and President of numerous divisions of First Data (now part of Fiserv) from 1991 to 2003. Within First Data, he held the positions of President of Merchant Services, President of Card Issuer Services, and President of Teleservices. Earlier in his career, from 1972 to 1991, Mr. Adams spent 19 years with Deloitte, in the greater Atlanta area and in New York City, where he was an Audit Partner. Adams holds a Bachelor of Science degree from Morris Brown College in Atlanta and a Master of Business Administration degree from Harvard University. He is a licensed Certified Public Accountant in the state of Colorado. 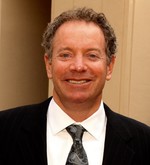 Stephen Aiello has been a Director of the Company since May 2014. Mr. Aiello was a partner at Jones and Company from 2004-2008. From 2001-2003, he worked at 033 Asset Management. From 1986-2001, he was a partner at Montgomery Securities. Mr. Aiello received a B.A. in Psychology from Ithaca College and an MBA from Fordham University. Since 2010, Mr. Aiello has been a private investor and owner of real estate properties. 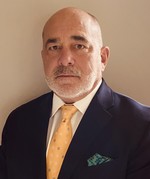 Paul Ciasullo has been a board member of Leafline Labs, LLC since 2018, which is a provider, manufacturer and distributor of medical cannabis in Minnesota. In 2010, Mr. Ciasullo founded Wallstreet Research Solutions, LLC, which provided sales, marketing and customer account services primarily in partnership with and to build a fixed income research firm specializing in bond and loan covenants called Covenant Review, LLC (with which he had been working to build the business since 2007). Covenant Review and Wallstreet Research Solutions merged and later re-branded as Fulcrum Financial Data LLC and Mr Ciasullo acted as President of Global Marketing and Sales and was a board member from 2014 to 2018 when the company was sold to Fitch Ratings Services. While working with Covenant Review, Mr. Ciasullo built a sales force in the U.S. and London including assimilation of the purchase of a UK company Capital Structure Ltd where he was also on the Board. From 2005 to 2006, Mr. Ciasullo was a Managing Director at Soleil Securities Group Inc., responsible for developing a strategy for bringing alternative research such as industry knowledge into a stock research environment. In 2000, Mr. Ciasullo was a founder of and acted as President of CreditSights, Inc., an institutional investment research firm specializing in fixed income research for institutional investors where, until 2004, he built a global salesforce after overseeing the design and build of the original website which was amongst the first in the industry to deliver research over the internet. Prior to that, Mr Ciasullo held a number of Managing Director positions as head of trading at large brokerage firms. Mr. Ciasullo graduated from Brown University in 1981 with a Bachelor of Arts in Economics and International Relations.